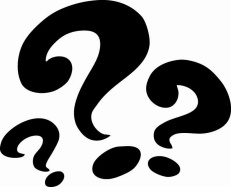 I don’t know if anyone else has noticed this.  If there is a fix I’m missing, let me know.  I’ve gone to a few dance shows in SL and I’ve noticed a weird trend – what seem to be permanent jazz hands on some dancers.

I’m assuming it likely has something to do with bento hands and non-bento animations, but I’m not sure.  It is distracting, however.

Most dancers in RL keep their hands in a relaxed ‘dance position.’  There are exceptions depending on the type of dance, of course, but that has been the standard position I’ve seen when using mocap dances in SL.

With the advent of bento hands and bento animations, things seem different.  I’m wondering if it’s a conflict of priorities with a bento hand HUD (my mesh body/hands came with a bento HUD, I’m assuming most do), and a bento dance animation.

With some animations, like for certain bellydances, or others where the hand animation made a difference, then it would be worth it.  But the jazz hand thing really bugs me. 😀  Maybe it’s a conflict with bento hands and non-bento animations – but then you would think that the default hand position would kick in, not the jazz hands.  Or maybe this is something weird in my personal settings – in which case, for the love of dance, can someone share what I need to change?

I mean, I like jazz hands, don’t get me wrong, but not in every dance. 😛

It’s been awhile since I posted anything here.  I still get quite a few views, so hopefully that means I’ve provided some worthwhile information that people find valuable.  Yay!  I won’t bore you with why I’ve been MIA (RL, blah, blah, blah), but lately I’ve had the time and the inclination to get back into SL.

So, of course, one of the first things I did was to visit my favorite dance stores and see what’s new.  Sadly, the answer is – not much.  Many of the stores I used to frequent (even though they didn’t have much new content) are now defunct.  I was happy to see that several of them (Abranimations, A&M, Henmations, and MyAnimations, to name a few) were still open for business and some even had new items!

SineWave, which was a perennial favorite when I first joined SL, seems to have finally gone.  The store was open for years with no new content, but the animations were good and I had a list of dances I still wanted to get.  Ah, well.  You snooze, you lose, right?

I have updated my Dance Animations Spreadsheet in case you’re interested.  Also, if you have any new stores that have opened since I was last active, please leave a comment and let me know the name and/or location.  I have L$ burning a hole in my virtual pocket!

Earlier this week, I caught a blog post by Inara Pey about changes that Linden Lab will be rolling out for region access.

Basically, the number of avatars who can access a region has increased.  The amount of the increase depends on the type of region.  A full region will increase by 10%.  So if you have a full region (usually 100 avatar limit), that limit will now be 110 avatars.

There is a caveat, however. The extra 10% of avatars are limited to Premium members.  I happen to be a Premium member, so this is a nice perk.

It immediately made me wonder about access to events (shopping and dance events came to mind first).  If there is a full region dance event, for example, what does access then look like?  Normally, once the 100 avi limit is reached, everyone would get a ‘region full’ notice.

Now, however, it appears that if the limit is 100, it will work a bit differently.  100 avatars can still get in.  But the limit is actually now 110, with that extra reserved for Premium members.  So if you are not premium, once there are 100 avis on the sim, you’ll get the ‘region full’ notice.  But if you are a Premium member and there are only 100 people on the sim, you’ll be able to get in.

I can see how this would be frustrating to people who are not Premium members, but this is a nice perk for those of us who pay to be Premium members.

You can read more details about the changes in Inara Pey’s article linked below, as well as an article from Ciaran Laval here.

One other thing that I wondered about was regions where the limit has been lowered, as often happens with popular dance events.  According to Ciaran, if you have lowered the limit (say to 50 from 100 on a full region), then LL will automatically assign 10% of the limit to Premium members.  Which means that the limit for non-Premium members will be 45 avis, with the other 10% of the 50 avi limit (5 avis) assigned to Premium members only. Something to keep in mind if/when you are setting limits for your events.

This past weekend I went to see MJ’s Burlesque Review.  They were performing at a new/different theater build, so my interest was piqued.

It was the same MJ’s crew (and show) that we all know and love – lots of great dancing, amazing costumes, and absolutely filthy emotes. 😛 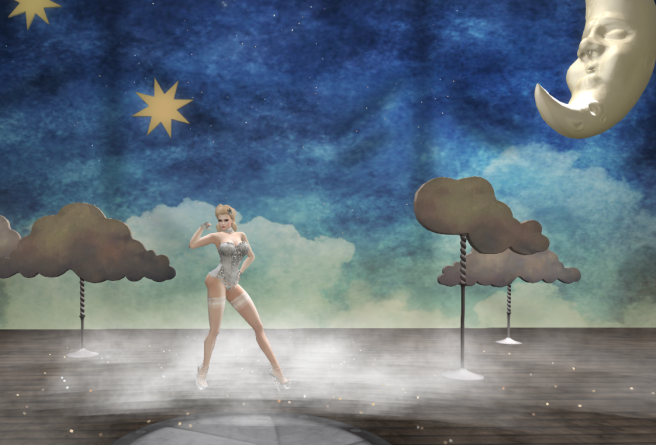 I was expecting things to be a little different due to the change in venue (which isn’t permanent, I don’t think).  However, I was really impressed with the show.

The show was amazing, as usual. But it was different because the sets were stripped down – a few props, a few effects, but the focus was really all on the performer.

MJ did a lovely sentimental act (seen above) and the new format just added to the drama of it.

Nancy was fantastic (I’d love to borrow her creative muse – just for 5 minutes!) and the stripped down stage allowed the performers and their stories to shine.

I know many people don’t like emotes, but I’ve always loved them. I get a little window into the mind and soul of the performer when they write stories to go along with their shows.

It’s been quite a while since I’ve been able to catch a show at MJ’s.  I’m so glad I didn’t miss this one.

La Coquette Cabaret (and yours truly) is holding a dance class on Saturday, February 4 at 12pm SLT called “So You Want to Be a Dancer?”

Text of the invite:

Ladies, by popular requests, but mostly because of lots of questions from our guests and group members, we will be offering an informative seminar/class giving information and a demonstration of how and what we do.

It will include a brief overview of huds, animations, and other things we do like costumes and set building, and yes, a short demonstration of a routine.

So head down to the theatre and reserve your spot! There is a mailbox outside the theatre just drop a NC with your FULL SL name to hold your spot!
Seating will be limited so don’t hesitate!

We look forward to seeing you ladies and sharing the fun and creative outlet of dancing in SL!!

Hope to see you there!! 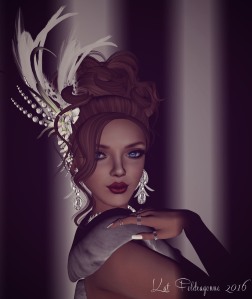 I’m back!! It’s been a few weeks since I posted anything – sometimes I just need a break to recharge and refresh.

I took a much needed mini-vacation with the spousal unit, did some writing, and, of course, caught some Pokémon!! 😛

In SL, I’ve been working on sets, taking classes, and shopping.  Now it’s time to jump back in – I’ve got some great location pics to share, and lots of other goodies.

One thing I’m hoping to do is make some short how-to videos about some of the new skills/tools I’ve learned.  I like both teaching and attending classes, but sometimes being able to ‘watch’ someone do something is easier than having them explain it.

Tools and techniques in dance are getting more and more complicated, so it’s always a good idea to add to your skill set.  I think sometimes that people make more work for themselves – me, I’m lazy.  Show me the easiest way and I’ll do that. 😛

In case you missed it, Shadow, Martin, and Yummy are teaming up to present the Silly Awards.  It sounds like a lot of fun (who doesn’t like the chance to laugh at themselves?!), so check it out – details are on the DQ blog.

Summer is a relaxing time for many people.  Sadly, not for me.  I am eagerly awaiting the start of school in the fall already.  Why?  I have a child who is involved in 3 different activities this summer, and playing chauffeur has gotten a bit old.

Getting up before the sun has never been on my to-do list, and I like it even less during the summer.  However, I am trying to make lemonade out of lemons, so I’ve been using the extra time to work improving my skills – in dance, in photography, in photoshop – I even tried some melted crayon art projects! 😛

I’ve been collecting a number of outfits and items with an eye towards doing photos with them.  So I finally unpacked all the items I got from the June round of The Arcade, including Sweet Thing’s ballerina costume.

I did have a time figuring out the new Slink Pointe feet.  I got the feet on and figured out the HUD pretty easily, but when I added the shoes, they were too small.  I tried changing the size of the feet with the HUD, but that really only affected the ankle area.  I tried to see if I could modify/enlarge the shoes, but they are mesh and it wouldn’t work.

So, I finally contacted a CSR – turns out the shoes are rigged mesh, so I had to change the size of my feet by altering my shape.  My feet are generally set to 0 – a holdover habit from invisiprim shoes, I guess.  Anyhow, I set my feet to 34 in the appearance editor and voilá! – the shoes fit perfectly!

Now I’ll know for next time when my shoes don’t fit. 😛

I decided that since I was dressed as a ballerina, I would do some ballet dances and use the slo-motion animation trick to try and snap some pics.  I have a ton of static ballet poses, but sometimes I can’t find just what I want.

I love watching ballet anyway, so I just set my HUD to play and started snapping.  I took way more photos than I used, but that’s part of the fun.  Then I decided to make a collage of some of the better snaps.  Here’s the result:

I used ballet dance animations from Abranimations and MyANIMATIONS for the pictures.  I turned on slo-motion for the animations (read about that here if you’re interested) and had a blast.  Once I had a series of pics, I headed into Photoshop and started working.  I made a basic background, added a simple light effect and then copied the dance pics onto it.

Then, because I like playing around, I started trying out various actions and effects.  I ended up using one from the Nik Collection – I should really use it more often, there are some great options in it!