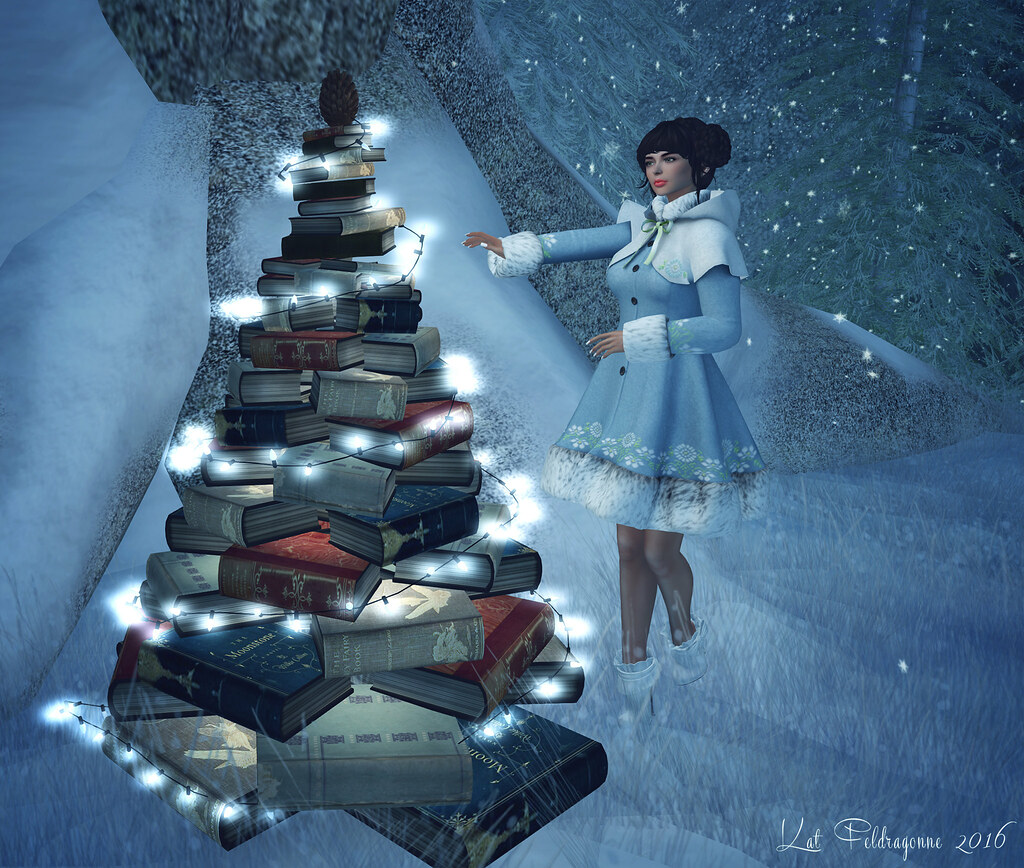 Wandering alone, she found a wonder.

My blogging has been somewhat irregular of late – RL and SL are both keeping me busy.

I’m still plugging along in my Visionaire course, though there are days where I just want to bang my head against the desk.

I’ve been meeting some great new people, though, and finding new things.  One of the students in my class is launching a new SL store, and she graciously shared one of her first creations with us.

The gorgeous book tree you see in the pic is her creation and it will be available at the next round of The Liaison Collaborative when it opens on December 7th. She will have other complementary pieces as well, so make sure you check it out.

As a bibliophile, this is possibly my most favorite SL Christmas tree ever. 😛 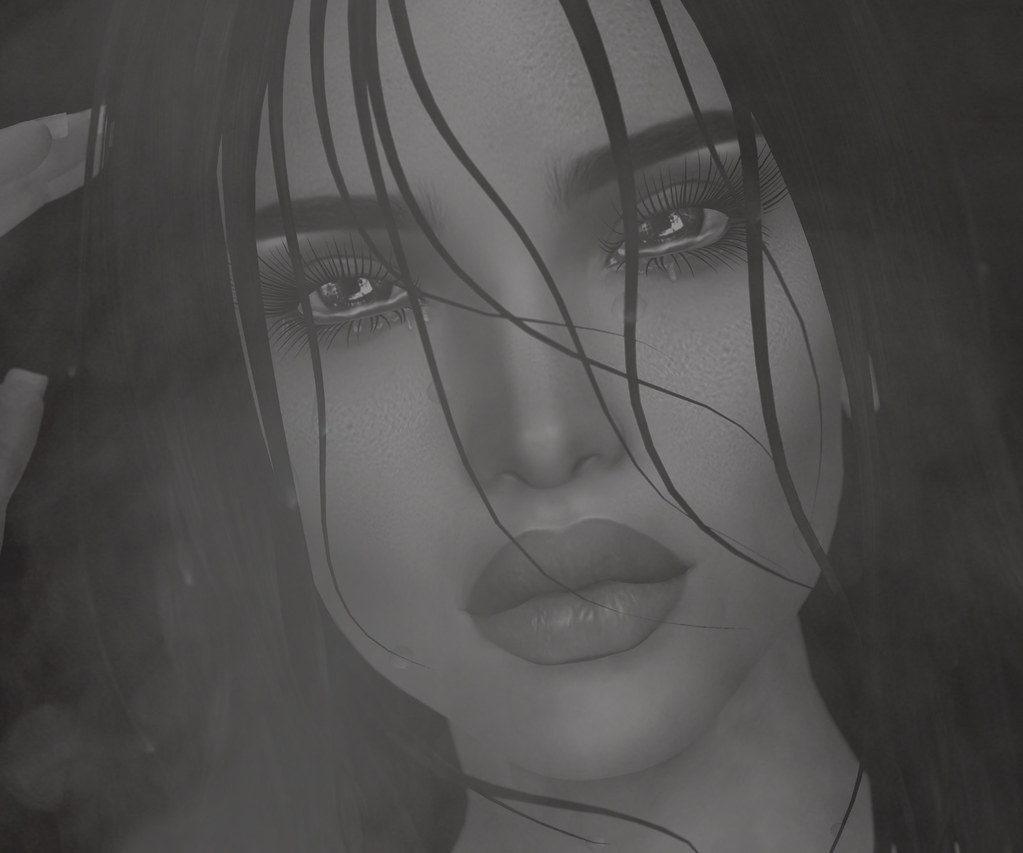 Can tears wash it all away?

It’s been a while since I posted – this photography course I’m taking has been keeping me busy. And, I hope, improving.

My homework this week was to come up with a piece for a new gallery that is opening. This photo didn’t make the cut, but I’m still really proud of it.

It took me much longer than I anticipated to take it, but I’m finding I’m much pickier about my photos than I was before – and that’s a good thing!

Even though I was initially crushed that this photo would not work (mostly because of the work that went into it), I’m excited about trying out some of my other ideas and seeing how they come to life. 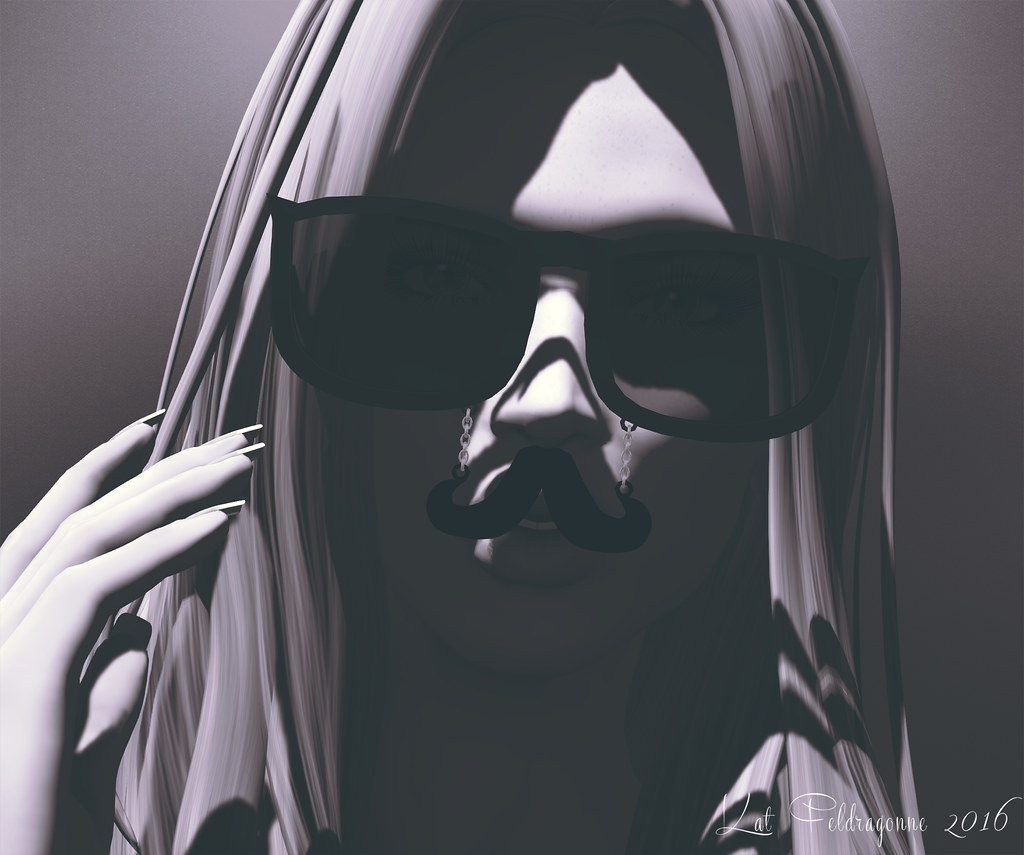 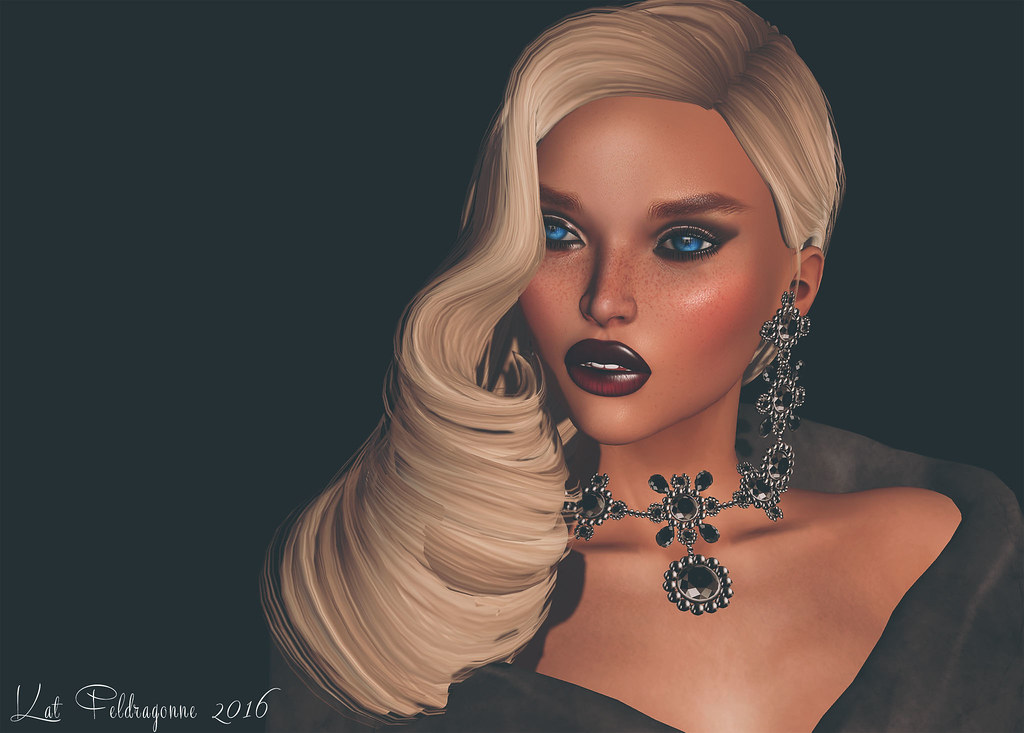 She blinked, confused, as cameras flashed.

One of my favorite quotes is by Ralph Waldo Emerson – Always do what you are afraid to do.

I’ve always wanted to be a better photographer, both in RL and SL.  I’ve taken online courses and tried to teach myself, but my photos never seem to match what I see in my head.

A month or so ago, I was scrolling through my social media and saw that the Visionaire Institute in SL was accepting applications.  I’ve thought about applying for several semesters, but never did.

All those negative thoughts ran through my head – “I’m not good enough, I’ll never learn to take photos like X” – and on and on.  Mostly it was fear talking.

This time, though, I decided to face my fears, and I applied.  I thought, if I get in great, if I don’t, I can always apply again later.  I purposely tried to put it all out of my mind after I applied, so that I wouldn’t drive myself crazy.

I actually succeeded in not obsessing over the application, so I was happily surprised to get a notice that I had been accepted into the program.  🙂

And I’m so glad that I applied – after only two classes, I’ve learned a ton and have met some of the greatest people. I am looking forward to learning more and hopefully improving my skills as I go.

He just knew she meant him.

This post has taken much longer to appear than I had planned.  This outfit is from a Belle Epoque gacha from the June (I think) round of Jackpot Gacha.  I fell in love with this outfit when I saw, and I had to have it.

But, of course, as with all gachas, the piece you really want/need is always the rare.  I played waaaayyy too many times and ended up with a ton of extras, but I managed to snag 2 rare corsets and 1 ultrarare (which is the one I’m wearing in the picture).

I’m still wearing my Kori Catwa head.  I haven’t taken it off since I put it on.  I really want to buy another one, but I’m waiting to for the Bento project to make it to the main viewer, then to Firestorm, before I do.

Speaking of Bento, I’m also curious to see how the new bones will affect posing animations and dance animations.  I personally see the new hand bones as being more useful in AO and posing animations, but we shall see.

I AM looking forward to having pretty mesh hands that aren’t stuck in one permanent pose – Vista Animations has shown some of their work already, and it looks cool!

In the meantime, I’m still digging through inventory and finding gems like this to take photos of.  I’ve even sworn off of shopping (gasp!) until I open everything I’ve already bought – which may take a while.  😀

Her smile didn’t reach her eyes.

This look was inspired by the Burlesque round at Genre.  Burlesque is one of my favorite things and I think I bought one of everything there!

Tons of corsets and lovely vintage furniture – including this fabulous bar set.  I know I’ll get a lot of use out of it – it’s so versatile.

Genre is almost over (the new round will start on the 15th), so make sure you head on over and pick up the amazing burlesque goodies before they disappear!

I’ve recently gotten on a kick of writing and reading 6 word stories.  I always like to combine a story with my pictures, so I thought this would be fun. Here goes!

Angered, she seethed. Below, men cowered.

Summer is a relaxing time for many people.  Sadly, not for me.  I am eagerly awaiting the start of school in the fall already.  Why?  I have a child who is involved in 3 different activities this summer, and playing chauffeur has gotten a bit old.

Getting up before the sun has never been on my to-do list, and I like it even less during the summer.  However, I am trying to make lemonade out of lemons, so I’ve been using the extra time to work improving my skills – in dance, in photography, in photoshop – I even tried some melted crayon art projects! 😛

I’ve been collecting a number of outfits and items with an eye towards doing photos with them.  So I finally unpacked all the items I got from the June round of The Arcade, including Sweet Thing’s ballerina costume.

I did have a time figuring out the new Slink Pointe feet.  I got the feet on and figured out the HUD pretty easily, but when I added the shoes, they were too small.  I tried changing the size of the feet with the HUD, but that really only affected the ankle area.  I tried to see if I could modify/enlarge the shoes, but they are mesh and it wouldn’t work.

So, I finally contacted a CSR – turns out the shoes are rigged mesh, so I had to change the size of my feet by altering my shape.  My feet are generally set to 0 – a holdover habit from invisiprim shoes, I guess.  Anyhow, I set my feet to 34 in the appearance editor and voilá! – the shoes fit perfectly!

Now I’ll know for next time when my shoes don’t fit. 😛

I decided that since I was dressed as a ballerina, I would do some ballet dances and use the slo-motion animation trick to try and snap some pics.  I have a ton of static ballet poses, but sometimes I can’t find just what I want.

I love watching ballet anyway, so I just set my HUD to play and started snapping.  I took way more photos than I used, but that’s part of the fun.  Then I decided to make a collage of some of the better snaps.  Here’s the result:

I used ballet dance animations from Abranimations and MyANIMATIONS for the pictures.  I turned on slo-motion for the animations (read about that here if you’re interested) and had a blast.  Once I had a series of pics, I headed into Photoshop and started working.  I made a basic background, added a simple light effect and then copied the dance pics onto it.

Then, because I like playing around, I started trying out various actions and effects.  I ended up using one from the Nik Collection – I should really use it more often, there are some great options in it!

I’ve been so busy working on dance projects that I haven’t had much time to take any photos.  So this week, while I have a bit of a break, it’s photo time!

When I take photos, I try to use new items I’ve acquired, and then I can sort them in inventory. I’ve gotten so behind and acquired so many things (thank you, free SL13B gifts!), my inventory was getting out of control.

I spent much of yesterday sorting and boxing and deleting – so cathartic!  Some of the things I had yet to unpack were Birdy’s items from The Arcade. A good friend gifted me the bikini (which is amazing and fits my Lara body perfectly), and I had the arm/leg chains and the headpiece from my own plays.  Add in some gorgeous hair from Truth, and Bam!

I haven’t worn my mesh heads in so long I’d forgotten how much I love them, especially for photos.  I have more time to play around with layers and modes in Photoshop if I don’t have to spend hours smoothing out spiky bits!

I can’t wait to finish opening boxes and find out what other treasures are waiting inside. 😛

You know how sometimes when you sit down to do something, you sort of get on a roll and before you know it, you’ve done way more than you intended?

That’s what happened when I sat down to blog some of my goodies from the Vintage Fair.  😛

I was trying things on, sorting them out, taking pics, and suddenly – I had three LOTD posts done!

This pic is of the fabulous cloche hat and gloves from Eclectica.  I am always looking for great vintage pieces, and I found them. 🙂

The gloves are mesh – I just alpha’ed out my Maitreya hands and they fit perfectly.  The cloche hat comes with or without hair – the hair version lets you change the hair color to most colors.

If you haven’t made it to the Vintage Fair yet, don’t wait.  It’s open until June 26, and there are some terrific vintage-y things you don’t want to miss!